If you can laugh at the weather, the rednecks and the wacky people, you are obviously an Ohio resident at heart who can appreciate these one-liners:
1. The Browns are the laughing stock of the league. But we love them anyways. 2. We have a lot to do here. But it seems like most of the state is pretty boring. 3. Pothole season is pretty much year round anymore. 4. The rest of the country is jealous of Buckeye Nation. 5. The weather in Ohio is truly unpredictable. 6. If there were actually unhappy cows, we’d imagine they would have to be from Ohio. 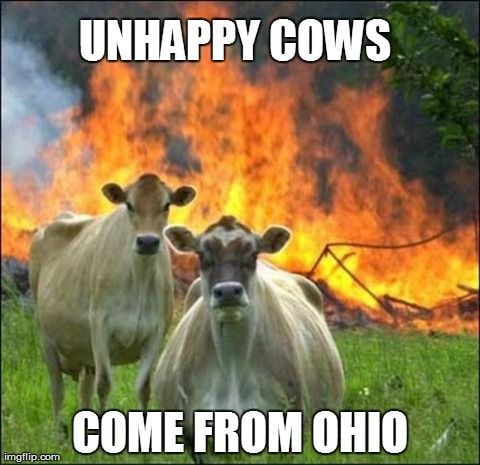 7. Why is it that so many people have to hate on us? 8. We often have to look on the bright side in Ohio. 10. Actually, you might see all four of these on the same day in April here. 11. Sadly this is true. However, every year, we start out undefeated! 12. While people might make fun of us, we’re actually a really important state. 13. Our hatred of Michigan is far greater than our hatred for anything else. 14. There are a ton of criminals in Ohio. We suppose our neighbors fear us. 15. We’re actually not so sure ourselves. 17. Toledo is a pretty crummy place. Most people in America don’t really know that. 19. This must have been made by a Pennsylvania resident. 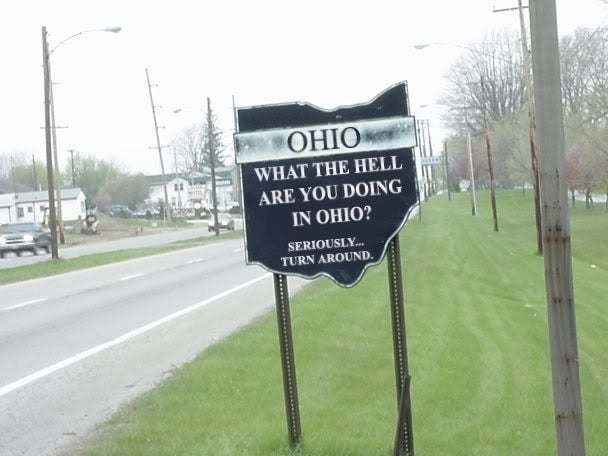