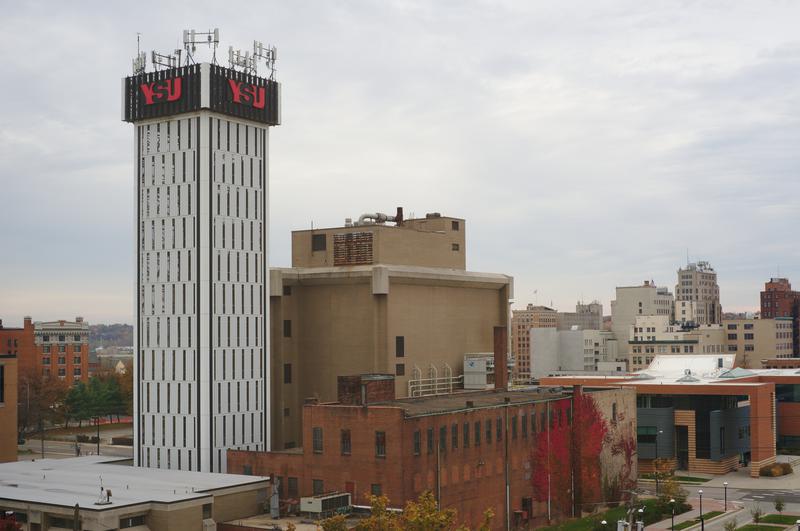 By Nick Johnson & Chris Kolmar | 01/17/2020
Editor's Note: This article has been update for 2020. This is our third time rankings the safest colleges in Ohio.
Swipe left for slideshow

Much like America, the majority of colleges in Ohio are very safe, but crimes do happen on just about every campus every day. The purpose of this study is to aid those in the midst of a college search with additional data point to help them make the right choice.

So with that in mind, here are Ohio's Safest Colleges For 2020.

If you're looking for a safe plae to go to school, add Youngstown State University to your college visit road trip around Ohio.

Read on below for a detailed breakdown on how we analyzed the data for Ohio, and continue on for a little more background on our safest college list.

For more reading on colleges around Ohio, check out:

How We Determined The Safest College Campuses In Ohio For 2020

In order to rank the safest colleges in Ohio, we simply had to look at the number of crimes that are committed on every campus in Ohio in the last reporting year available.

So it looks like if you want to get the safest school experience (not safety school!), you need to contact admissions at Youngstown State University or Urbana University.

Youngstown State University, founded in 1908, is an urban research university located in Youngstown, Ohio, United States. As of fall 2010, there were 15,194 students and a student-faculty ratio of 19:1. The fall 2010 enrollment figure is the highest since 1990, when the number of students on campus was 15,454. Records show that 11,803 of the students are undergraduates. Beyond its current student body, YSU claims more than 94,000 alumni. 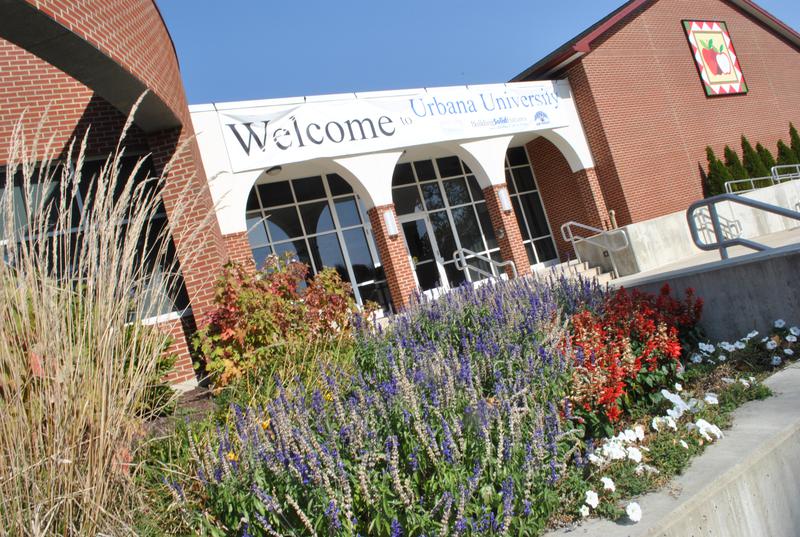 Urbana University, a branch campus of Franklin University, is a private university specializing in liberal arts education. Urbana is located in Urbana, Ohio, in Champaign County, approximately one hour west of Columbus and one hour northeast of Dayton. Malone University is a private, liberal arts college located in Canton, Ohio, United States. It was founded in 1892 by Walter and Emma Malone as a small, co-educational Bible institute called Cleveland Bible College. The institution has always maintained a close relationship with the Religious Society of Friends (Quakerism).

Malone University holds an affiliation with the Evangelical Friends Church - Eastern Region, a North American yearly meeting of the Evangelical Friends Church International. Despite the university's more Evangelical Protestant identity, the community reflects diverse religious backgrounds, with nearly 50 denominations of Christianity and several non-Christian faith practices represented. Though all employees, staff, and faculty of the university are required to sign a statement of faith, Malone students are not required to profess any religious persuasion.

In addition to Malone University's traditional undergraduate college, the school also maintains a competitive graduate school offering masters in a wide field of professional studies, an online school with a variety of bachelors programs, as well as degree completion programs in management and nursing. The Graduate School also has a post-degree professional development center that offers workshops and certificates.

Nationally, Malone University is ranked in the top four percent of colleges and universities in career outcomes, top 10 (#9) best online financial aid packages, and top 50 (#30) most affordable Protestant Christian colleges. Regionally, U.S. News & World Report’s America’s Best Colleges 2015 ranks Malone University among the top colleges and universities in the Midwest in the category Regional Universities, and to its list of best online bachelor’s programs. Statewide, Malone appears on the list of colleges offering the best lifetime return on investment in Ohio. Malone University has been recognized by the prestigious Templeton Foundation as a leader in character development, as a military-friendly school by Victory Media, and as one of Northeast Ohio’s top workplaces by the Cleveland Plain Dealer. For the English Catholic Sports College, based in Westgate, see Ursuline College, Westgate-on-Sea.

Ursuline College is a small, Roman Catholic liberal arts college in Pepper Pike, Ohio, United States. It was founded in 1871 by the Ursuline Sisters of Cleveland and was one of the oldest institutions of higher education for women in the United States and the first Catholic women's college in Ohio. 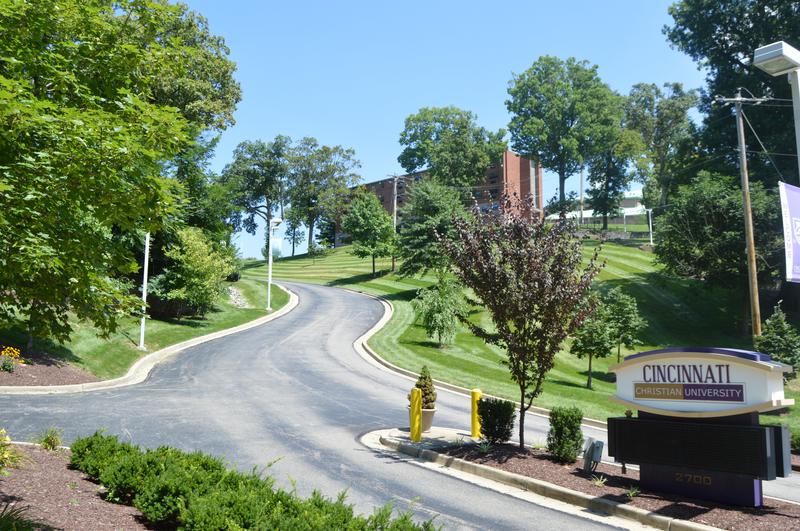 Cincinnati Christian University (formerly Cincinnati Bible College and Seminary) is a private Christian university located in Cincinnati, Ohio, United States. CCU is supported by the Christian Churches and Churches of Christ, which are part of the Restoration Movement. 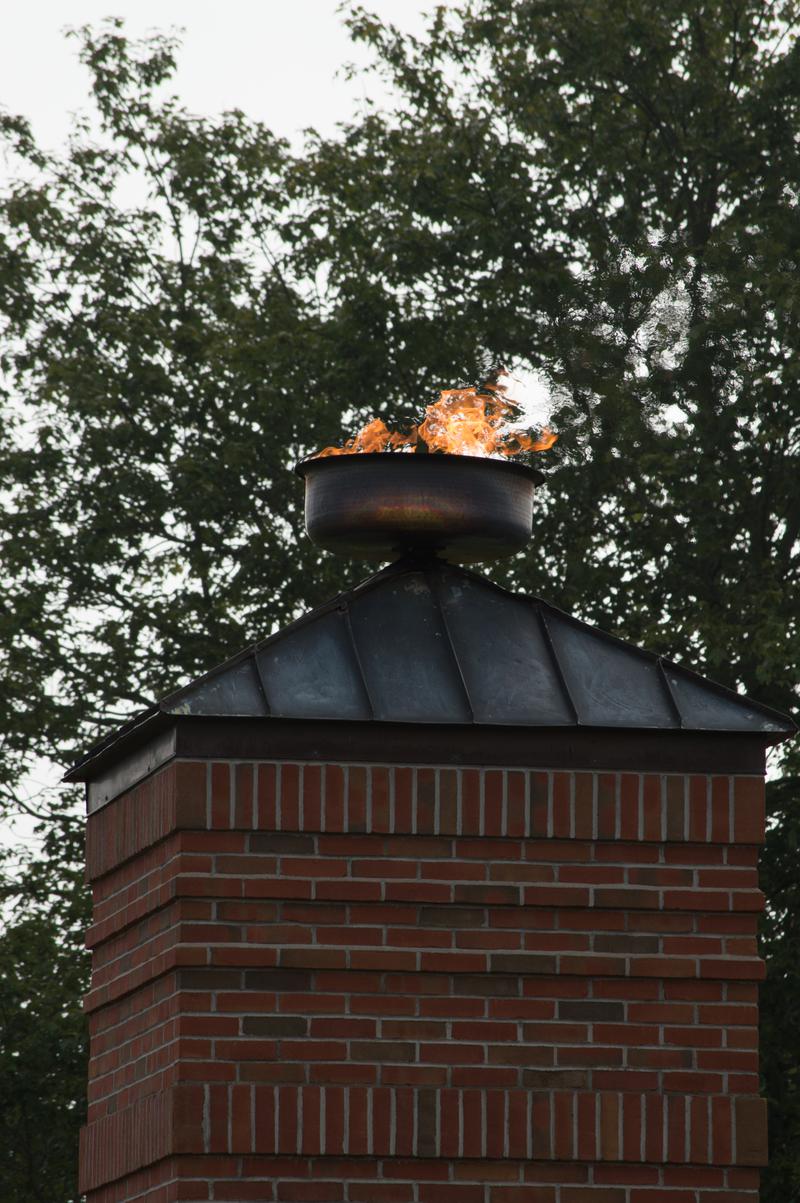 Mount Vernon Nazarene University is a Christian liberal arts college located in Mount Vernon, Ohio, United States, with satellite locations in the surrounding area. It was founded in 1968 by the Church of the Nazarene and offers a variety of Bachelor's and Master's degrees to both traditional and non-traditional students. MVNU is also home to Cougar Athletics. Cleveland State University is a public research university in downtown Cleveland, Ohio, United States. It was established in 1964, and opened for classes in 1965 after acquiring the buildings, property, and students of Fenn College, a private school that had been in operation since 1923. CSU absorbed the Cleveland-Marshall College of Law in 1969. Today it is part of the University System of Ohio, has more than 120,000 alumni, and offers over 200 academic programs. Lourdes University is an independent, Roman Catholic and Franciscan university located on 127 acres in suburban Sylvania, Ohio, 10 miles northwest of Toledo. Established in 1958, the University is sponsored by the Sisters of St. Francis of Sylvania. Shawnee State University is a public university in Ohio that was established in 1986, making it one of the state's youngest universities. It is located in the city of Portsmouth in Scioto County, near the Ohio River. The late Vernal Riffe Jr., former Speaker of the Ohio House of Representatives, sponsored the House Bill 739 which authorized the university and became law on July 2, 1986. It was established initially as a branch of Ohio State University. 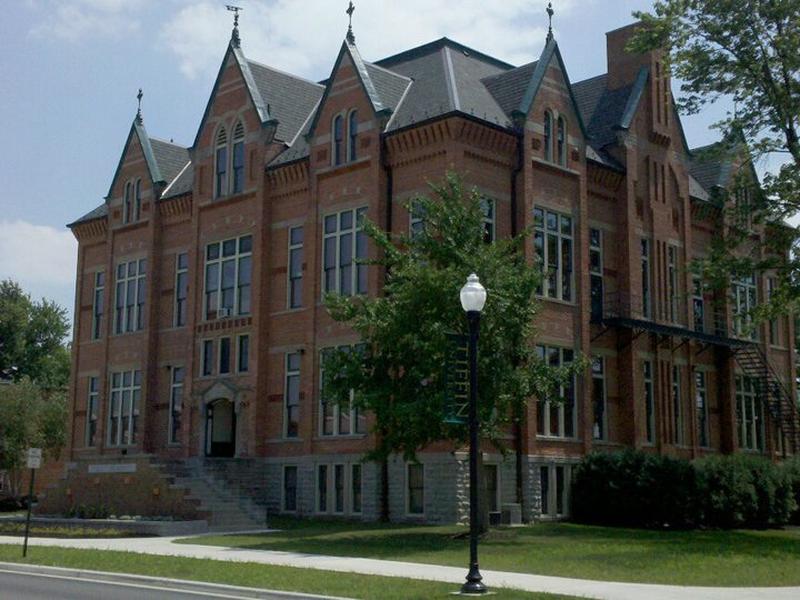 If you're looking at an undeniably effective and thorough way to measure how safe (and dangerous) each college campus is in Ohio, we've done a good job of portraying the data in a straightforward manner.

For more reading on colleges around Ohio, check out: