So that got us thinking, what is the oldest city in North Carolina? And how old is that when you put it into perspective of St. Augustine or American Independence in 1776?

Because even if your North Carolina city or town is old, it isn’t really all that old in the grand scheme of things. For example, the Pyramids in Egypt were built around 2600 BC, a cool 4100 years before St. Augustine.

These are the 10 oldest cities and towns in the Tar Heel State according to their ‘date of foundation’:

For being 286 years old, Harrisburg doesn’t look a day over 40. And the newest city in North Carolina? That would be Garner — a brand spanking 13 years old.

How We Determined When A City Was Founded In North Carolina… Or Is It Settled?

For the majority of cities in North Carolina, Wikipedia offers data on some kind of ‘date of foundation’ in the infobox. Unfortunately, because it’s Wikipedia and not a sprawling government bureaucracy, that can take the form of any of the following nomenclature (plus others):

We then ranked them from oldest to newest with Harrisburg turning out to be the matriarch of North Carolina at the ripe old age of 286. Population: 115,261Founded: 1739
Age: 279
The area along the river had been inhabited by various successive cultures of indigenous peoples for thousands of years. At the time of European encounter, historic Native Americans were members of tribes belonging to the Algonquian languages family.

The ethnic European and African history of Wilmington spans more than two and a half centuries. In the early 16th century, explorer Giovanni da Verrazano was reportedly the first European to see this area, including the city’s present site. The first permanent European settlement in the area started in the 1720s with English colonists. In September 1732, a community was founded on land owned by John Watson on the Cape Fear River, at the confluence of its northwest and northeast branches. The settlement, founded by the first royal governor, George Burrington, was called ‘New Carthage,’ and then ‘New Liverpool;’ it gradually took on the name ‘New Town’ or ‘Newton’. Governor Gabriel Johnston soon after established his government there for the North Carolina colony. In 1739 or 1740, the town was incorporated with a new name, Wilmington, in honor of Spencer Compton, Earl of Wilmington. 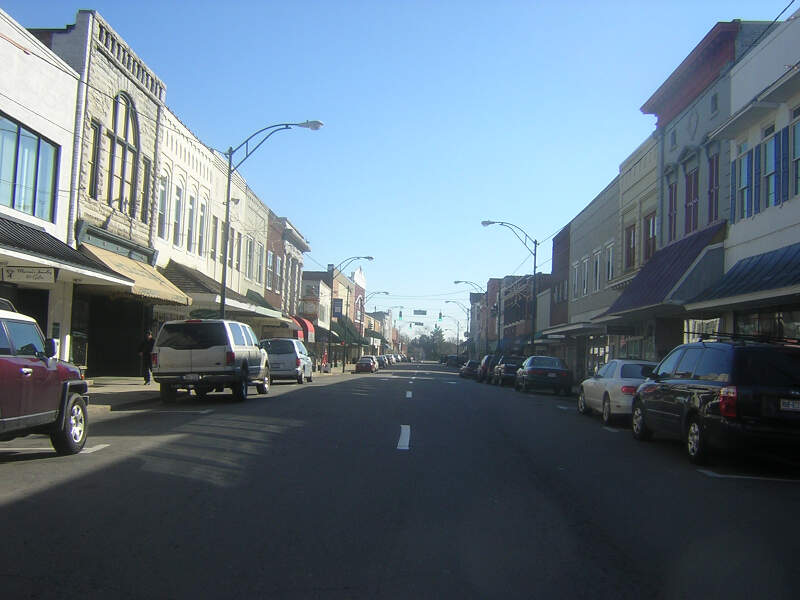 Population: 10,198Founded: 1750
Age: 268
Mount Airy was settled in the 1750s as a stagecoach stop on the road between Winston-Salem, North Carolina and Galax, Virginia. It was named for a nearby plantation. Mount Airy was incorporated in 1885. Population: 0Founded: 1766
Age: 252
The city of Winston-Salem is a product of the merging of the two neighboring towns of Winston and Salem in 1913.

The origin of the town of Salem dates to January 1753, when Bishop August Gottlieb Spangenberg, on behalf of the Moravian Church, selected a settlement site in the three forks of Muddy Creek. He called this area ‘die Wachau’ (Latin form: Wachovia) named after the ancestral estate of Count Nicolaus Ludwig von Zinzendorf. The land, just short of 99,000 acres (400 km2), was subsequently purchased from John Carteret, 2nd Earl Granville.

Population: 826,060Founded: 1768
Age: 250
The Catawba Native Americans were the first to settle Mecklenburg County (in the Charlotte area) and were first recorded in European records around 1567. By 1759 half the Catawba tribe had been killed by smallpox. At the time of their largest population, Catawba people numbered 10,000, but by 1826 that number dropped to 110. The City of Charlotte as we know it, had it origins with the heavy influx of Scotch-Irish / Scots-Irish Presbyterians, or Ulster-Scot settlers, who dominated the culture of the Southern Piedmont Region and is the principle founding European population. The Germans settled in much smaller numbers but contributed greatly to the early foundations of the region. The Flag of Charlotte is the Saint Andrews Flag of Scotland or Saltire with a City Crest. Population: 90,347Founded: 1774
Age: 244
Greenville was founded in 1771 as ‘Martinsborough’, after the Royal Governor Josiah Martin. In 1774 the town was moved to its present location on the south bank of the Tar River, three miles (4.8 km) west of its original site. In 1786, the name was changed to Greenesville in honor of General Nathanael Greene, the American Revolutionary War hero. It was later shortened to Greenville.

During Greenville’s early years, the Tar River was a navigable waterway; and by the 1860s there were several established steamboat lines transporting passengers and goods on the river. Cotton was the leading agricultural crop, and Greenville became a major cotton export center. Before the turn of the century, however, tobacco surpassed cotton and became the leading money crop. Greenville became one of the state’s leading tobacco marketing and warehouse centers. Population: 35,432Founded: 1787
Age: 231
Around 1787, when Wayne County was formed, a town named Waynesborough grew around the county’s courthouse. In 1787, William Whitfield III (son of William Whitfield II) and his son were appointed ‘Directors and Trustees’ for designing and building the town. Located on the east bank of the Neuse River, the town became the county seat. Population growth in Waynesborough continued through the 1830s. However, this changed once the Wilmington and Weldon Railroad was completed in the early 1840s. By then, a hotel had been built at the intersection of the railroad and New Bern Road, which grew into a community after the train started to transport passengers from there.

Population: 449,477Founded: 1792
Age: 226
Bath, the oldest town in North Carolina, was the first nominal capital of the colony from 1705 until 1722, when Edenton took over the role. The colony had no permanent institutions of government until the new capital New Bern was established in 1743.

In December 1770, Joel Lane successfully petitioned the North Carolina General Assembly to create a new county. On January 5, 1771, the bill creating Wake County was passed in the General Assembly. The county was formed from portions of Cumberland, Orange, and Johnston counties. The county was named for Margaret Wake Tryon, the wife of Governor William Tryon. The first county seat was Bloomsbury. Population: 87,607Founded: 1796
Age: 222
Concord, located in today’s rapidly growing northeast quadrant of the Charlotte metropolitan area, was first settled about 1750 by German and Scots-Irish immigrants. The name Concord means with harmony. This name was chosen after a lengthy dispute over where the county seat should be located between the German Lutherans and Scotch-Irish Presbyterians.[citation needed] By United States standards, Concord is considered an old town, as it was incorporated in 1806. Today, markers identifying the original town limits can be seen in the downtown area.

As county seat, Concord became a center of trade and retail for the cotton-producing region, especially on court days. The downtown would be crowded with farmers and townfolk, in addition to lawyers and their clients. During the antebellum era, wealth was built by planters through the cultivation of cotton as a commodity crop; the work was done by enslaved African Americans.

And now, let’s raise our glasses, to the next 100 years of existence for these cities and towns in the Tar Heel State.

And for those wondering, here are the newest additions to North Carolina:

Detailed List Of The Oldest Cities In North Carolina