There are 100 nuclear reactors in the United States producing 96,639 megawatts of energy (96.6 jigawatts for any chrono-physicists out there), accounting for about 22% of the reactors worldwide.

Put simply: we Americans love us some nuclear power.

But even with all the ecological warm and fuzzies and ninja turtle husbandry we’re afforded by nuclear power, there’s a quantifiable risk a nuclear meltdown could strike, resulting in your face bearing a strong resemblance to microwaved Velveeta.  (Get it?  Because it’s a meltdown?  Come on!)

It would be premature to start 1-Clicking cases of SPF 10,000 tanning lotion.  It’s statistically improbable a catastrophic meltdown will occur in the U.S. since it hasn’t happened yet, though it might be slightly alarming to learn 5 plants had emergency shutdowns in 2011.

Safest Places In The US When It All Goes To Hell

However, since nothing good ever came from writing articles about the best case scenario, let’s say, for funsies, a nuclear power plant just exploded somewhere in the U.S.  Where’s the safest place to be?

Well, if you said anywhere on the eastern half of the United States, you get an F.

94% of our reactors are located east of the geographic center of the U.S.

According to our research, the safety sweet spot for nuclear disaster is basically anywhere in western Nebraska, but specifically:

These are your best bets if you don’t want children with thumbs for nipples.

And no, I don’t mean the actual city of Western, Nebraska, ironically located on the eastern side of the state.  [That delightful little tidbit made researching this article super fun, by the way.] If at this point you’re asking “But why western Nebraska?”, then you were probably that kid in kindergarten who would never let the teacher finish her stupid story about the talking bears because you kept interrupting with annoying g**damn questions and cutting into my nap time.

So zip it and let me finish my article.

Why western Nebraska?  There’s a bunch of reasons.

Wind is a big factor in fallout being carried away from ground zero over large distances.

When Chernobyl went kablooey, wind blew radioactive contaminates thousands of miles away totally f-ing up Europe and other parts of the continent.

In our little patch of land of North America, wind at high altitudes has consistently blown from west to east for thousands of years.  And since there are 94% more reactors located in the east, it’s pretty damned likely one of those is going to s**t the bed instead of in the west, leaving Webraska safely upwind.

Even if one of the reactors on the west coast goes bye-bye, there are three safeguards mitigating the risk of contaminating Webraska.

Second: the Rocky Mountains.
There aren’t many better natural barriers to block a lethal cloud of radioactive dust like a giant wall of rock 14,440 feet tall spanning 3,000 miles.

If there’s an exceptionally large meltdown and the proverbial poop hits the fan, mass hysteria is assured to set in, severely limiting access to basic necessities like electricity.  As Armageddon looms imminently upon the country, Webraska has you covered.

Nebraska has a well established wind energy industry producing over 2,000 megawatts at full capacity, and Kimball, NE has an installation of those stegosaurus-sized turbines. Something about the terrain coupled with low pressure and high pressure fronts make certain parts of it susceptible to high winds blah blah blah.

All you really need to know is you won’t need to risk black lung while manually stoking coal power plants, or channeling Paul Bunyan’s tree-felling skills for wood burning.

Sure, you might lose a few people learning the hard way about the volatility of high voltage electrical systems, but that’s a small price to pay for energy independence.

As the country, and eventually the planet, succumbs to economic collapse from ever-spreading radiation, refined fossil fuels will become about as sparse as one-legged funambulists.  Of course, except in Webraska (sort of).

North Dakota’s oil production is booming, cutting the amount of oil the United States imports in half.  Half!  Basically they pump a metric sh**load of crude oil out of the ground. Granted, it’s about an eight hour drive from Chadron, NE over some of the most boring landscapes ever concocted by Mother Nature.  But in terms of having close proximity to an abundant source of the most energy-dense material on the planet, it’s a damned fine deal.

There’s a good chance you’ll have to fend off the occasional scavenger reminiscent of Mad Max character, but that’ll be a welcome distraction from the sheer boredom of a society bereft of Netflix.

The inhabitants of North Dakota will eventually smarten up and begin levying astronomical compensation for access to their natural resource, but you’ll be dead (from natural causes) by then so it doesn’t matter.

Even more important than maintaining the ability to tool around in your oversized, belongs-in-a-Hank-Williams-song pickup truck, is the ability to rehydrate after another one of your Tuesday-night moonshine binge parties celebrating another day being tumor-free.

Both Scottsbluff and Kimball have surprisingly large groundwater reservoirs isolated from any potential fallout contamination. The rivers and lakes will eventually become completely unusable due to slow accumulation of radioactive particles from rain, snow run off, and a-holes who think lakes have magical cleaning fairies who appear after they’ve finished dropping deuces into them.

Just don’t be a dumbass and start bragging to the Dennis-Hopper-from-Waterworld-type drifters who pass through Webraska about all the sweet tea you had that day.

They don’t call it the Great Plains of North America for nothing.

There’s miles upon miles of preexisting agriculture in Webraska, especially in Scottsbluff, NE.

If you look at a damn map, you’ll see this green patch of developed farm oasis in Webraska nestled in a desert of endless nothing.  Growing food will not be a problem.
There are a few caveats though.  Even though I know you think driving a tractor is piece of cake because you saw Pauley Shore do it in Son in Law, it’s not.  There are countless stories about professional farmers ripping their own arms off with farm machinery because they broke their concentration.

You also have to learn how to farm, which is also harder than it looks.

I know you’re feeling pretty good about that half-dead succulent your girlfriend gave you, kicking off Phase 1 of her plan to test how good a father you’d be.  But, believe it or not, growing wheat requires a little more attention than dropping an ice cube in the dirt once a week.

No, peeing on it is not the same thing.

Obviously, most of the pilots are going to be dead or dying, and despite all the benefits Webraska has to offer to its post-apocalyptic inhabitants, a reputable flight training program isn’t one of them.

But, eventually you’re going to be faced with the choice of either listening to the first season of Serial for the fourteenth time on your wind-powered iPod, or branching out and finding something more productive to do than debating why the f**k Adnan would loan his cellphone to some shady pothead he hardly knew.

So, why not book-learn how to drive one of those Cessnas just sitting on the tarmac over at Western Nebraska Regional Airport; a twelve-minute drive from Scottsbluff, NE in your North Dakota-powered truck.

At this juncture, one of two things will happen:
1) You’ll almost kill yourself several times self-teaching yourself the intricacies of modern aviation and burn through a bunch of Cessnas doing it.  But you’ll eventually develop a working proficiency in not crashing.

Or 2) You’ll quickly find yourself smack dab in the middle of a magnificently brilliant ball of fire just after realizing the pedals in airplanes aren’t brake pedals.

This is all you, buddy.  Leave Goose out of this.

If you manage to accomplish the former, not only will you have quelled the ball-crunching boredom, you’ll also have attained a supreme advantage over the rest of the world who don’t know how to fly an airplane.

You can greatly diversify your trade by opening up air transit to previously isolated areas, making Webraska the new Mecca for exotic goods like band aids and unopened bags of Cool Ranch Doritos.

Okay, now that you’ve been bestowed the get-out-of-a-horribly-slow-death-from-nuclear-disaster card, don’t go telling all your Twitter friends about it.

Webraska is a big and hospitable place, but it’s not like some Mary Poppins carpet bag able to hold an unlimited amount of tchotchkes.  So consider this “Eyes Only.”

And definitely don’t muck up this opportunity with a dips**t move like bookmarking this article in your Life Hack folder amongst the ninety other folders currently overlapping on your desktop. 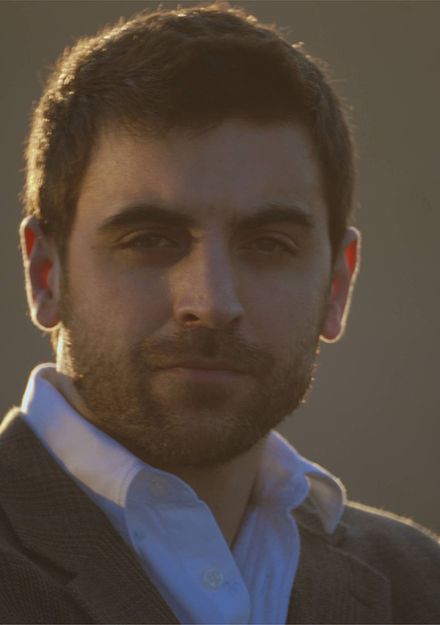 Paul Cristo is a fiction author, musician, and professional baker. He has written on and off for HomeSnacks over the past 6 years.

You can find out more about him on Wikipedia or his website.