Rhode Island is neither a road nor an island; and what the state lacks in size, it makes up for in affordable places to live.

The trick, however, is to know how to navigate this New England state’s above average cost of living. This is why HomeSnacks set out to determine the top ten most affordable places in Rhode Island for 2022. How did we determine the most affordable places in Rhode Island? We took a look at the US Census and cost of living data for the state. We were especially interested in home and rental prices in places with more than 1,000 residents.

We discovered that whether it’s hip millennial cities like Cranston, family oriented cities like Westerly, or great places to retire to like Woonsocket, Rhode Island has plenty of affordable places to live for every stage of life and every budget. And that’s a good thing, because the less you spend on your bills, the more you’ll have to spend on the fun things to do and see in the Ocean State. Like, a beach vacation in Newport or scoring tickets to the Rhythm and Blues Festival in Charleston.

So want to know where to find the most affordable place in Rhode Island? Grab a plate of Middletown stuffies, find a sunny spot on Easton’s Beach, and read on.

The 10 Most Affordable Places To Live In Rhode Island

So, what’s the cheapest place to live in Little Rhody where you can live like a Boston Bruin on a Providence Bruin’s budget? That would be Pascoag.

So, if you care about home values and affordability, take a look at the list below; and if you don’t see your favorite there, head to the bottom.

And if you already knew these places were cheap, check out some more reading about Rhode Island and the cheapest places in the country:

The 10 Cheapest Places To Live In Rhode Island For 2022

We kick off our list of most affordable places to live in Rhode Island with Pascoag, a charming little village in the northwestern part of the state. Pascoag has the sixth least expensive homes on this list, with a median price tag of $236,000. More importantly, thanks to a high median income of $86,741/year, folks in Pascoag pay the second smallest percentage of their salaries on homes statewide. On top of that, Pascoag has the second best rent to income ratio in Rhode Island.

If you’re looking for a cheap day out in Pascoag, a picnic at White Mill Park is always a good idea. Just be sure to pick up all the goodies you’ll need at the Burrillville Farmer’s Market before you go.

We’re going to take a long drive to the southwestern corner of the state to arrive at our second cheapest place, Ashaway. Don’t worry about finding a job or earning enough money in Ashaway, because both the unemployment and poverty rates are below 3%. Once you do have the job, expect big things, because the median income in Ashaway is $103,750. While a median home price of $241,200 is on the pricey side for this list, Ashway still has the best home price to income ratio statewide thanks to its well-paid residents. And if you’re a lover of baked goods, you’re in luck, because Pelloni Farm has you covered with the best pies in town. Valley Falls is located just north of Pawtucket, on the Massachusetts border.

We’ll take a short drive west to another Glocester village to arrive at our fourth most affordable place in Rhode Island, Chepachet. Chepachet makes the cut thanks to having the lowest median rent on this list at $1,062/month; that’s much less than half the average rent in Rhode Island.

With all that extra cash, you can splurge to your heart’s content at The Town Trader, or one of the four other antique shops in Chepachet. If your love of antiques leads you to settle down in Chepachet for good, you can snag a home for about $262,500.

What’s more, Cumberland Hill is an absolute godsend for renters; with a median rent of $958, residents pay the third smallest portion of their income on rent statewide. As a savings bonus, living in Cumberland Hill will give you the opportunity to use the wonderfully-maintained Blackstone River Bikeway, thus cutting down on your travel costs. We turn now to Warwick, the sixth most affordable place to call home in Little Rhody. Homesnacks has already given Warwick a 9/10 on our overall SnackAbility scale and named it one of the best places to live in Rhode Island, thanks to its safe streets, good schools, and rock-solid economy. Getting all that for some of the lowest prices statewide? Yes, please! While Warwick is the least economical place to rent on this list, with a median rent of $1,168, the city more than makes up for it by having the eighth cheapest homes in the state. You can grab a home in Warwick for about $238,300, which combined with a median income of $73,285 gives the city the sixth best home price to income ratio in Rhode Island. There are too many things to do in Warwick to report here, but a top choice for versatility would be Goddard Memorial State Park; a beach, a golf course, BBQ grills, and trails for runners, cyclists, and horseback riders alike all make this park a destination you’re sure to come back to over and over.

Bradford earns the title of seventh least expensive place in Rhode Island thanks to strong economic numbers across the board. While neither the cost of homes nor rent in Bradford is in the top ten cheapest statewide, a median income of $64,737 keeps the relative cost of housing down. For both renters and buyers, Bradford IS in the top ten for housing to income ratios. In any case, once you start kayaking down the Pawcatuck River, we’re pretty sure financial concerns are going to be far from your mind. The principal commercial center of Hopkinton, Hope Valley ranks as the eighth cheapest place in Rhode Island. Home to Festival Farm, a year-round operation complete with plants, fresh food and pony rides, Hope Valley is your quintessential charming Rhode Island village. Fair warning: Hope Valley has the second most expensive homes and most expensive rent on this list, so the village doesn’t seem so cheap at first glance. However, Hope Valley has a high median income of $83,267, so residents don’t really notice the higher prices. In fact, folks in Hope Valley spend the seventh smallest proportion of their income on housing statewide. 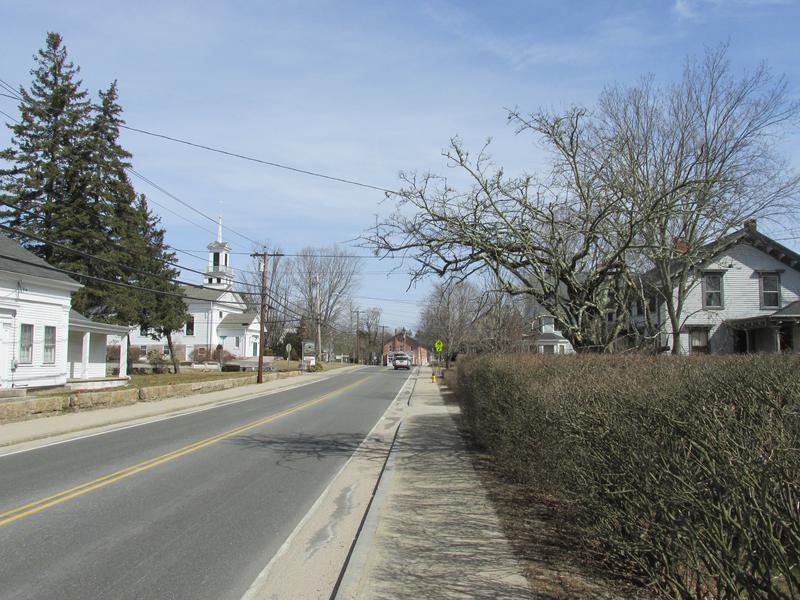 Tiverton is a town in Newport County, Rhode Island, United States. The population was 15,780 at the 2010 census.

We turn from the very small to the second biggest city in Rhode Island, Cranston, to wrap up our list of most affordable places to live in the Ocean State. Cranston is home to one of the best kept-secrets in New England tourism, Pawtuxet Village, an enchanting area for harbor views, grand old homes, restaurants, and Mom-and-Pop shops. Cranston has the tenth lowest home prices in Rhode Island, at a median cost of $257,400. If you’re not ready to settle down just yet, though, the median rent in Cranston is $1,107. When considered with Cranston’s median income of $74,425, Cranston is the 13th most affordable place for renters in Rhode Island.

What county in Rhode Island has the lowest cost of living?

What is the cost of living in Rhode Island?

What is the cheapest housing market in Rhode Island?

Methodology: How We Determined The Most Affordable Places To Live In The Ocean State For 2022 You can then compare these metrics in each of the places in Rhode Island to figure out which is the least expensive.

So we used that cost of living index in order to rank all of the 23 places in Rhode Island that have more than 1,000 people.

The place with the lowest cost of living in Rhode Island according to the data is Pascoag. You can download the data here.

Summary: There You Have It Mr. Or Mrs. Rhode Island Cheapskate

If you’re looking at the cost of living numbers in Rhode Island, this is an accurate list of the most affordable places to live in Rhode Island for 2022.

Here’s a look at the most expensive cities in Rhode Island according to the data:

The Most Affordable Places To Live In Rhode Island

Editor’s Note: We updated this article for 2022. This is our ninth time ranking the cheapest places to live in Rhode Island.