There's a the age old question everyone thinks about when they decide to move to a city in Nebraska:

Should I buy a place or rent? Well, we aren't here today to solve that problem for you exactly. We are just assuming you'll do the right thing and a buy a place. And while we are happy to tell you the best place to live in Nebraska, this analysis is going to tackle the question of the best place to buy a house as an investor. That is we are going to try and determine the up and coming cities in the Cornhusker State.

To do that we are going to look at places in Nebraska that are growing faster than average, but where home prices are below average. In every day terms, the "deals". The best deal in Nebraska at the moment? That would be Gretna according to our analysis.

Here's a look at the top ten places to buy a home in nebraska for 2020: 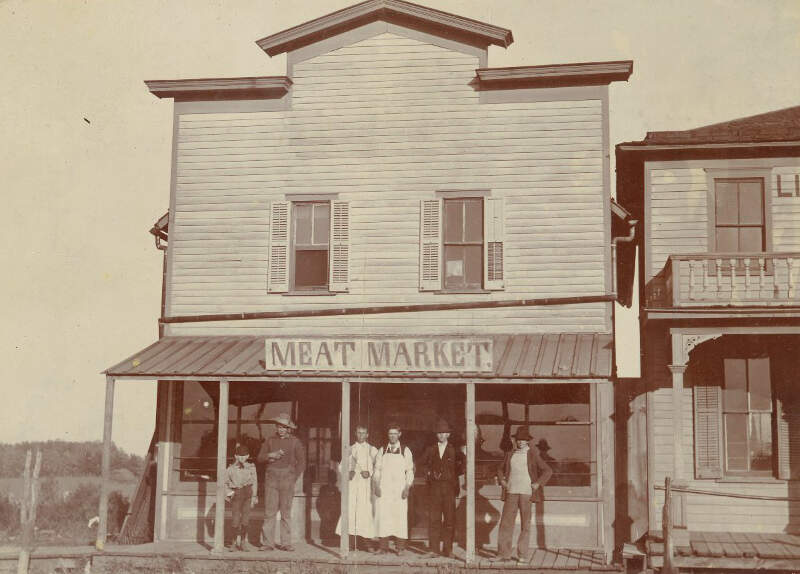 Gretna started shortly after the Burlington Railroad built a short line between Omaha and Ashland in the summer of 1886. Advent of the village of Gretna on this new laid rail line was the cue for the exit of the nearby trading post of Forest City, which had existed since 1856. In its day, Forest City, located 2.5 miles southwest of where Gretna now stands, was a flourishing and busy place, but it was doomed by the rail road which passed it by. The only marker that exists today to show the site of old Forest City is the cemetery which is located a little to the east of what was the center of activity in the settlement. Names that were prominent in the beginnings of Forest City were the families of William Langdon, John Thomas and John Conner.

Holdrege was established in 1883 when the railroad was extended to that point. It was named for George W. Holdrege, a railroad official. Holdrege was designated county seat in 1884.

Wayne was founded in 1881 when the Chicago, St. Paul, Minneapolis & Omaha Railroad was extended to that point. It was named from Wayne County.

Succeeding cultures of indigenous peoples lived in the area for thousands of years. In historic times, tribes such as the Oglala Lakota, Cheyenne and others lived in the area. The Sioux used this territory as a hunting ground after pushing other tribes to the west.

The Lewis and Clark Expedition passed the mouth of the Platte River, just north of what is now Main Street Plattsmouth, on July 21, 1804.

The city was named for Sidney Dillon, president of the Union Pacific Railroad. It was founded in 1867 by the Union Pacific and grew up around the military base of Fort Sidney, where soldiers were stationed to guard the transcontinental railroad from potential Indian attacks.

The railroad was extended to the area in 1870, bringing settlers. In 1871, two rival towns merged to form a new town, which was named after Crete, Illinois, the former hometown of an early settler. Crete was once a contender for county seat. Seward was platted in 1868. It was named from Seward County. The railroad was built through Seward in 1873. Early European-American official exploration was reported in 1804 by Lewis and Clark as they journeyed west along the Missouri River. They encountered many of the historic Native American tribes whose ancestors had inhabited the territory for thousands of years.

How do you determine the best places to buy a home in nebraska for 2020?

So all that thinking has come to this moment where we get to spell out how we'd approach finding an up-and-coming place to live in Nebraska. Put differently, the analysis will try to find places in Nebraska with undervalued homes relative to pent up demand.

These Are The 10 Best Counties To Live In Nebraska

We want places that are growing, have seen home prices increase in recent years, and are still "cheap" for Nebraska with the following caveats:

So of the 0 cities and towns in Nebraska, only 32 places made it through our initial filters to even be considered.

We then ranked each place from 1 to 32 for the criteria mentioned above with 1 being the best for that criteria. We averaged the rankings to create a "best place to buy" index with the place having the lowest index being the best. You can download the data here.

Turns out that Gretna is the best potential gem in the not-so-rough in the Cornhusker State.

There's our analysis of the best places to buy a house in Nebraska. And, to be clear, we aren't necessarily saying these places are the best places to live, just that it looks like they might be in a couple of years based on the data.

For more nebraska reading, check out: