Each year we analyze what we feel are the most affordable places to live in Oklahoma. We take into account categories that we all agree make a state affordable like average home and rent prices. We also take into account places with low crime, great jobs, worthy salaries, and solid schools. We even looked at short commute times. According to the Happiness Research Institute, most people don’t like where they live and wished they lived somewhere more affordable. However, not the folks in our most affordable Okie places.

How did we determine the most affordable places to live in Oklahoma? We consulted the latest Census data on cost of living. We discovered that most Oklahomans have never really experienced unemployment. The Sooner State has managed to stay ahead of the national unemployment rate holding strong at 3.3%.

This is because we can thank Oklahoma for jobs in all things agriculture. But did you know that Oklahoma City is home to Sonic Drive-In Restaurants and Tulsa is home to PenWell? These Oklahoma cities and Oklahoma companies are working hard to keep Oklahomans happy and employed; thus able to afford to call this Midwest state home.

Are you surprised by this year’s results? Pull up a chair and put a smile on your face as we look at Oklahoma’s most affordable cities.

The 10 Most Affordable Places To Live In Oklahoma

It’s simple economics, folks. When you choose to live in one of Oklahoma’s most affordable places, you are choosing to live where your Oklahoma dollar will go the furthest. And that, Oklahomans, makes perfect sense.

To see how your city compared, take a look at the list below. And if you don’t find your favorite there, head on down to the bottom.

And if you already knew these places were cheap, check out some more reading about Oklahoma and the cheapest places in the country:

The 10 Cheapest Places To Live In Oklahoma For 2022

Coming in as the cheapest place in Oklahoma is Anadarko, a small city about 50 miles southwest of Oklahoma City

Native Americans make up a plurality and almost a majority in Anadarko, which has been aptly nicknamed the “Indian Capital of the Nation.” So definitely make it a point to visit the free American Indian Hall of Fame while you’re here. Unfortunately, unemployment is quite high in Anadarko, so you may want to have a job lined up before you can really take advantage of the city’s affordability. The median income in Anadarko is $42,892 and the median home price is $64,800. Don’t let Chickasha’s affordability lead you to believe it skimps on quality — the unemployment rate of 2.79% is much lower than the statewide average, and residents earn a median household income of $48,796.

The cost of living in Chickasha is about 18% cheaper than the national average, but in terms of housing, things are almost half as expensive here. The median price of rent is only $735, and if you decide to move here long-term, the median home price is just $92,800.

Art abounds in Chickasha, and you don’t have to pay a dime to see most of it — murals dot the downtown area. Chickasha is also well known for hosting the annual Festival of Light, a month-plus long event that’s one of the premier winter shindigs in the country. Located between Oklahoma City and Tulsa, Cushing rounds out our list of cheapest places to live in Oklahoma. Cushing has the 11th cheapest homes and the 11th best home price to income ratio in the state. Homes go for $85,900 and the median income in Cushing is $42,783. Cushing is also known as the “Pipeline Crossroads of the World” due to its economy’s strong reliance on the oil industry. Clinton is a city in Custer and Washita counties in the U.S. state of Oklahoma. The population was 9,556 at the 2015 census. If you’re looking for the cheapest homes in Oklahoma, look no further than Holdenville. Homes in Holdenville go for a median price of $56,100, and with residents earning a median income of $32,141, the city has the third best home price to income ratio in all of OK. Not to mention that the median rent in Holdenville, $559/month, is the lowest you’re going to see on this list. If you stick to cheap activities like swimming and fishing at Holdenville City Lake, there’ll be plenty of money left in your wallet at the end of every week.

Holdenville is located about 75 miles southeast of Oklahoma City. Located about an hour south of Wichita, Kansas, Blackwell ranks as the seventh least expensive city in Oklahoma. Blackwell’s economy centers around agriculture and fossil fuels, so if you have the relevant experience, scoring a job here should be a piece of cake.

You’ll have no trouble believing you’re in one of the cheapest states in America when it comes time to start paying your mortgage in Blackwell. The city has the best home price to income ratio in Oklahoma by a wide margin, thanks to Blackwell residents earning a median income of $42,407 and paying a measly $66,600 for homes. Noble’s population has been steadily growing in recent years, and it’s not hard to see why. It’s safe, has excellent schools, and a great job market. Oh, and it’s the eighth most affordable city in Oklahoma of course! For all these top-notch amenities, Noble’s housing is a bit pricier than elsewhere on this list.

On the flip side, Noble residents are also paid better, with a median income of $82,843, so paying $150,100 for a home is no biggie. In fact, it’s one of the easiest places to pay off the mortgage statewide. And while a median rent of $955 may look intimidating compared to other places on this list, it’s still firmly below the Oklahoma average. 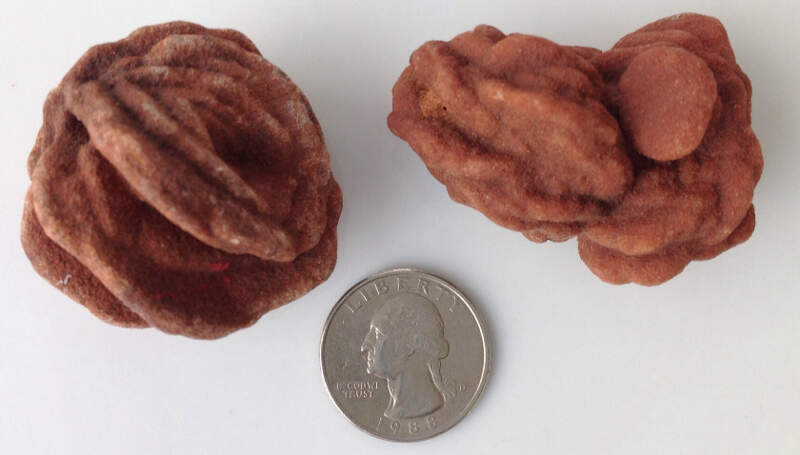 Tecumseh is a city in Pottawatomie County, Oklahoma, United States. The population was 6,457 at the 2010 census, a 5.9 percent increase from 6,098 at the 2000 census. It was named for the noted Shawnee chief, Tecumseh, and was designated as the county seat at Oklahoma’s statehood. A county-wide election moved the seat to Shawnee in 1930.

Kicking off our list of the most affordable cities in Oklahoma is Alva, a small city located in the northwestern part of the state. Alva doesn’t have the cheapest home prices or lowest rent in the state, but thanks to a combination of good income and well below average housing costs, the city earns the #10 rank with ease.

On top of all that, Alva is home to Northwestern Oklahoma State University, where you can get your college degree for next to nothing. Alva’s also one of the safest places in Oklahoma, so don’t worry that you’re trading affordability for security. The median home price in Alva is $98,900 and the median income is $46,929, making Alva one of the easiest places to pay off the mortgage in Oklahoma. Add to that super-affordable rent and you’ve got all the makings of the tenth cheapest city in the state. What county in Oklahoma has the lowest cost of living?

What is the cost of living in Oklahoma?

What is the cheapest housing market in Oklahoma?

Methodology: How We Determined The Most Affordable Places To Live In The Sooner State For 2022 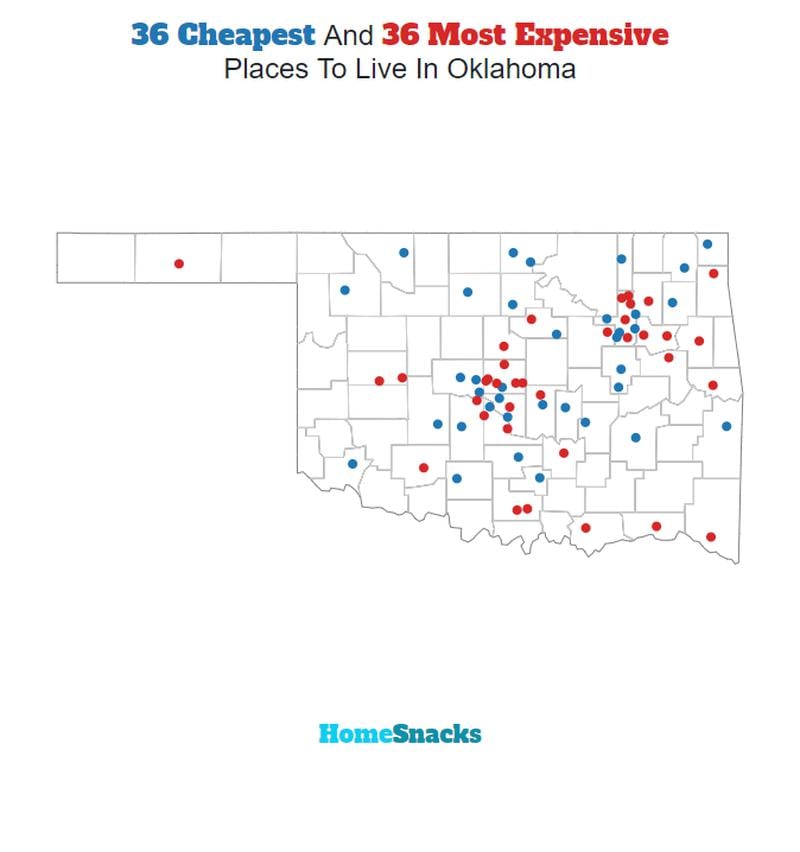 You can then compare these metrics in each of the places in Oklahoma to figure out which is the least expensive.

So we used that cost of living index in order to rank all of the 74 places in Oklahoma that have more than 5,000 people.

The place with the lowest cost of living in Oklahoma according to the data is Anadarko. You can download the data here.

Summary: There You Have It Mr. Or Mrs. Oklahoma Cheapskate

If you’re looking at the cost of living numbers in Oklahoma, this is an accurate list of the most affordable places to live in Oklahoma for 2022.

Here’s a look at the most expensive cities in Oklahoma according to the data:

The Most Affordable Places To Live In Oklahoma

Editor’s Note: We updated this article for 2022. This is our ninth time ranking the cheapest places to live in Oklahoma.