You don’t get named the Tennessee ‘Tight’-ans if you’re not located in a state that’s affordable. And folks, there are plenty of affordable cities in The Volunteer State.

Yes, learning the value of the dollar is important, but you don’t want to stress about it daily when looking for an affordable Tennessee neighborhood, a job that will make your momma proud, the best bathtub Tennessee moonshine, and that good ‘ol fashioned hometown Tennessee appeal.

Most people think that Tennessee cities are only filled with a bunch of fancy Nashville country singers, people who walk, not run, in Memphis, and a bunch of Chattanooga Moon Pie fanatics. And if you ask any Tennessean, they will say that their corner of the country capital of the world is the best. Heck, there’s a reason people like Elvis and Dolly set up shop here.

While we think it has a little something’ to do with the great Tennessee people and good country Tennessee livin’, the economically savvy in Tennessee know that to be truly be the best, the state must have the nicest, most affordable places to call home.

Tennessee cities have a lot to offer to all income levels; and surprisingly, there are cities in this great state that won’t break your bank. So, grab yourself a slice of pecan pie and some Tennessee Whiskey, and read on.

The 10 Most Affordable Places To Live In Tennessee

Tennessee’s strong economy, gold star housing prices, and average cost of living make its cities very desirable. So one can imagine how difficult it was for us to narrow down the cities in Tennessee that won’t break your bank; but also, don’t scream Dollar Store cheap.

Drum roll… .what is the most affordable city in Tennessee for 2022? Break out the whiskey and moonshine and give a warm, hearty ‘Bless Your Heart’ cheers to Milan, the cheapest place in Tennessee!

And if you care about home values, cost of living, and gold star quality of life, take a look at the list below to see where your Tennessee salary will let you live like a true country star.

And if you already knew these places were cheap, check out some more reading about Tennessee and the cheapest places in the country:

The 10 Cheapest Places To Live In Tennessee For 2022

Our tour of Tennessee’s most affordable places takes us to Milan, a city of 7,642 located 25 miles north of Jackson. Milan is known for its innovations in farming, which are on full display at the West Tennessee Agricultural Museum.

These days, though, Milan has a much more diverse economy. Milan’s downtown is a mix of locally-owned boutiques and shops and national chains, and has received awards for its development and upkeep. There’s also the relatively new tradition of the Fall Festival, complete with food trucks, live entertainment, games, and shopping.

If you want to give Milan a try before committing to a mortgage, the barrier to entry is incredibly low; the median rent here is just $656. Henderson is a city of 6,323 located a half-hour southeast of Jackson. Freed-Hartman University is an anchor of the Henderson community, with about 2,000 students in total.

Nature-lovers don’t have to spend a dime to have a good time in Henderson because the gorgeous Chickasaw State Park is right in your backyard. Besides hiking and camping, you can also rent rowboats and pedal boats for the charming Lake Placid.

Henderson is also incredibly safe, with an overall crime rate 30% below the statewide average. Additionally, the cost of living in Henderson is cheap, with housing costs 21% lower than your typical Tennessee city. Church Hill is a city in Hawkins County, Tennessee, United States. The population was 5,916 at the 2000 census and 6,737 at the 2010 census. It is part of the Kingsport-Bristol -Bristol Metropolitan Statistical Area, which is a component of the Johnson City-Kingsport-Bristol, TN-VA Combined Statistical Area – commonly known as the “Tri-Cities” region. Mount Carmel is a town located in Hawkins County, Tennessee. As of the 2010 Census, the population was 5,429, an increase of 634 since the 2000 census. It is part of the Kingsport-Bristol -Bristol Metropolitan Statistical Area, which is a component of the Johnson City-Kingsport-Bristol, TN-VA Combined Statistical Area – commonly known as the “Tri-Cities” region. Harriman is a city located primarily in Roane County, Tennessee, with a small extension into Morgan County. The population of Harriman was 6,350 at the 2010 census. 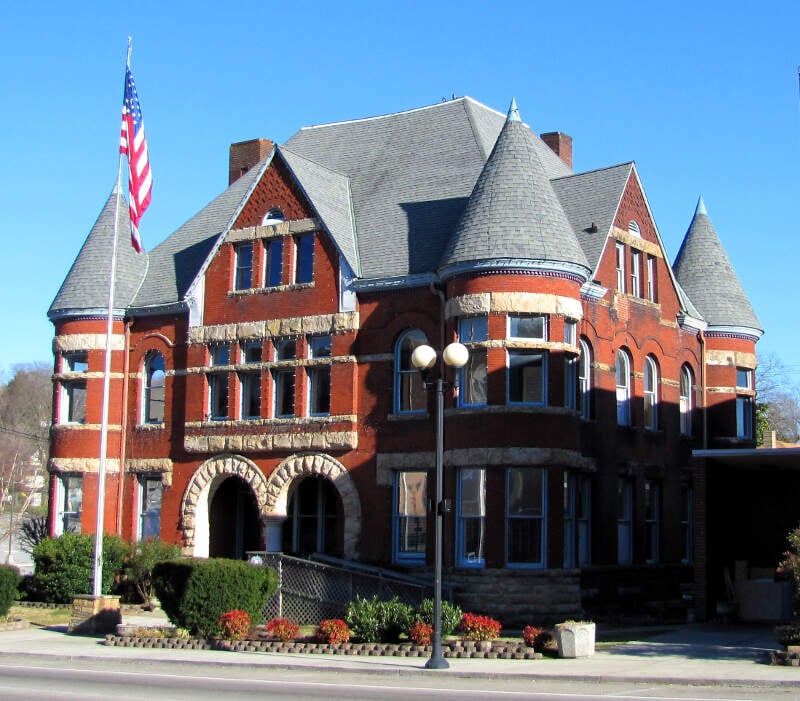 LaFollette is a city in Campbell County, Tennessee, United States. Its population was 7,456 at the 2010 census, with an estimated population in 2014 of 7,131. It is the principal city of the LaFollette, Tennessee Micropolitan Statistical Area, which includes all of Campbell County, and is a component of the Knoxville-Sevierville-La Follette Combined Statistical Area. While the city’s official spelling is one word -after its founders, Harvey Marion LaFollette and his younger brother Grant LaFollette-several federal agencies spell the city’s name with two words.

Pulaski is a city and county seat of Giles County, Tennessee, United States. The population was 7,870 at the 2010 census.It was named to honor the Polish-born American Revolutionary War hero Kazimierz Puaski. It is home to Martin Methodist College. Brownsville is a city in Haywood County, Tennessee. It is the county seat of Haywood County, which is in the broad delta floodplain near the Mississippi River. Its population as of the 2010 census is 10,292.

If you’ve ever been to the Bonnaroo Music Festival, you know that there are many reasons to pack up a moving truck and move to Manchester in Coffee County.

However, we think that the main reason that you should move to Tennessee’s ninth least expensive city is that the median income here is $49,389 making it the 24th most affordable place to buy a home. Is there anything Atoka can’t do? We already named this charming little town one of the best Memphis suburbs, as well as one of the safest places in Tennessee.

The fact that Atoka is also mega-affordable is just icing on the cake as far as we’re concerned. While housing costs are slightly higher than other places listed here, Atoka makes up for it with a high median income of $86,935 and super-low rates of unemployment and poverty. Not to mention that Atoka has some of the best schools around, with GreatSchools awarding the town an 8/10 score.

Besides that, Atoka has five great parks, several seasonal events, and a young, rapidly growing population.

The cost of living in Atoka is 9% lower than the national average, with things like groceries, healthcare, and services standing out as extra-cheap. Homes in Atoka sell for a median price of $206,500, while rent goes for around $1,180. What county in Tennessee has the lowest cost of living?

What is the cost of living in Tennessee?

What is the cheapest housing market in Tennessee?

Methodology: How We Determined The Most Affordable Places To Live In The Volunteer State For 2022 You can then compare these metrics in each of the places in Tennessee to figure out which is the least expensive.

So we used that cost of living index in order to rank all of the 97 places in Tennessee that have more than 5,000 people.

The place with the lowest cost of living in Tennessee according to the data is Milan. You can download the data here.

Summary: There You Have It Mr. Or Mrs. Tennessee Cheapskate

If you’re looking at the cost of living numbers in Tennessee, this is an accurate list of the most affordable places to live in Tennessee for 2022.

Here’s a look at the most expensive cities in Tennessee according to the data:

The Most Affordable Places To Live In Tennessee

Editor’s Note: We updated this article for 2022. This is our ninth time ranking the cheapest places to live in Tennessee.