Editor’s Note: Data has been updated for 2021. This is our seventh time ranking the richest cities in Arkansas.

Lowell, Centerton, Bentonville: These cities aren't just some of the best places to live in Arkansas. They are also home to some of the richest people in the Natural State.

If you're thinking of moving to one of these towns, you'll probably need to start saving. The richest places in Arkansas share common characteristics such as having a genius level populous, sky high home prices, and a Pleasantville level of married couples.

How did we come up with these mega wealthy cities? We analyzed Census data from the 2015-2019 American Community Survey for the 63 places in Arkansas with more than 5,000 people.

For more on how we calculated the top ten, read on or skip to the end for the full list of the richest cities in Arkansas.

Rich people not your cup of tea? Feel free to check out some more reading about Arkansas: How We Determined The Richest Places In Arkansas For 2021 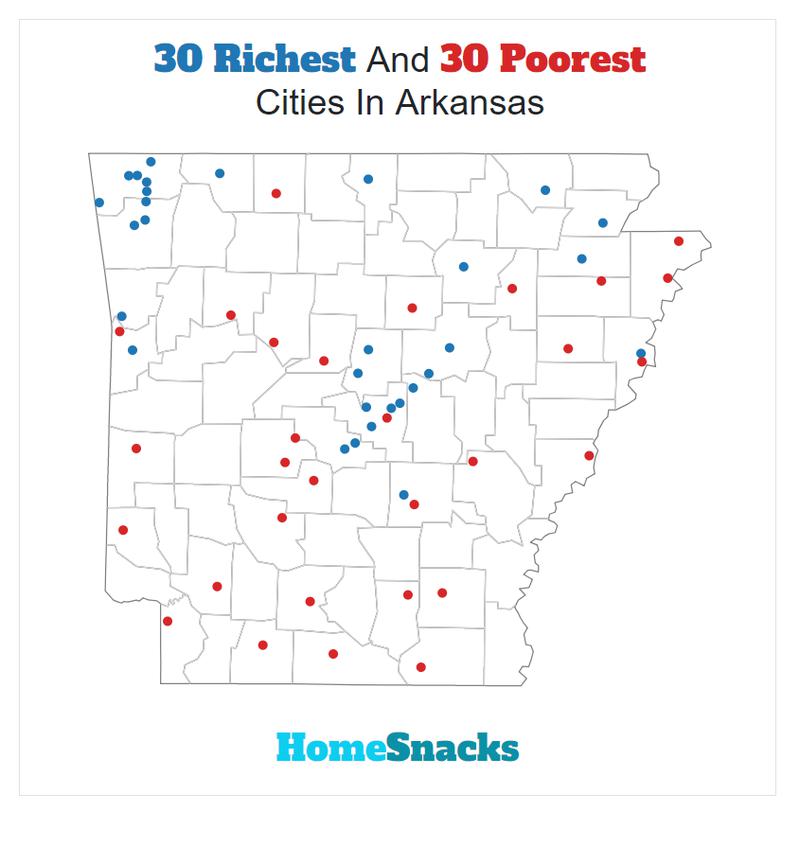 However, we don't believe that one statistic wholly encompasses what it means to be one of the "richest places". So we looked at this set of criteria from the newly released 2015-2019 American Community Survey:

Worst Places To Live In Arkansas

After we collected the data for all 63 places with more than 5,000 people in Arkansas, we ranked each place from 1 to 63 for each of the criteria, with 1 being the richest.

We then averaged all the rankings for a place into a "Rich Score" with the place having the lowest overall Rich Score, Lowell, crowned the "Richest City In Arkansas For 2021". You can download the data here.

You can learn more about the top ten below or skip to the end to see the rankings for all 63 places.

There You Have It - The Wealthiest Places In Arkansas For 2021

Like we said earlier, when we set out to identify the richest places in Arkansas, we weren't sure what we'd encounter, but it ended up being some of the best places to live in Arkansas.

If you're curious enough, here are the poorest cities in Arkansas, according to data: