Editor’s Note: We updated this article for 2020. This is our sixth time ranking the cities in Illinois with the largest Native American population.
Swipe left for slideshow. Article continues below.

And today, we are going to look at the percent of the population in Illinois that are Native American.

Here are the 10 cities in illinois with the largest Native American population in 2020:

Which city in illinois had the largest Native American population?

To see where illinois ranked as a state on diversity, we have a ranking of the most diverse states in America.

And if you already knew these places were Native American, check out the best places to live in illinois or the most diverse places in illinois.

Cities In Illinois With The Largest Native American Population For 2020

Winthrop Harbor is a village in Lake County, Illinois, United States. The population was 6,742 at the 2010 census. It is located along the northern border of Illinois and is part of the Chicago metropolitan area. Winthrop Harbor is known for its North Point Marina, and is a warning demarcation point for the National Weather Service’s marine warnings for Lake Michigan. With moorage over 1,500 boats, it is the largest marina on the Great Lakes. Nearly one million visitors take advantage of the marina, its associated beaches and other recreational facilities every summer.

Berkeley is a village located in Cook County, Illinois, United States. Incorporated in 1924, the population at the 2010 census was 5,209.

Review Of Illinois by HomeSnacks User

As far as places to live, Loves Park IL isn’t the worst. Your kids will end up in the Harlem school district, home of the Harlem Huskies and we bleed orange and black. That’s if you send them to public school of course. They actually teach more than just abstinence s*x ed there, have a pretty solid academic program, and when I was at the high school from 2008-2012 the sports teams were all pretty killer too. Your kids could do worse.

It’s smooshed up between Machesney Park and the “good” part of Rockford. Yes, Rockford IL. That place where all the supposed BAD things from Chicago come to rot, but honestly, as long as you stick to the 61111 and 61115 area codes, you’re fine. Living in a solidly middle-class neighborhood, we’re able to leave our doors unlocked without any worries. I’ve lived in this area my whole life and feel pretty dang lucky really.

Loves Park is known for Beef-A-Roo, and while I’m not a huge fan after having so much, they do have pretty amazing shakes & cheese fries. Those two things are a must every time my best friend comes home for a visit and I recommend trying them once.

For a trip outside, Rock Cut State Park is gorgeous and filled with plenty of trails to explore. They also have canoes and paddle boats you can take out onto the lake. Oh! and a dog training area where you can let your pooch off leash as long as they’re trained for that.

The biggest claim to fame in the area are Jane and Homer, our local Dinos at the Burpee Museum. The Museum mostly houses the history of the local area but the museum also found Jane and Homer while on a couple of different digs so they go to keep them. My family even has a painting of Homer’s skull and some of the petrified wood that was found with him that they won at an auction held at the museum opening night of his exhibit so he has a special place in our hearts. They’re currently working on uncovering the bones from another dino they’ve named Pearl. They have people working on Pearl in their lab which has viewing windows for you to watch them work! Kankakee is a city in and the county seat of Kankakee County, Illinois, United States. The city’s name is probably derived from the Miami-Illinois word teeyaahkiki, meaning: “Open countryland in open/land exposed to view,” in reference to the area’s prior status as a marsh. As of the 2010 census, the city population was 27,537. Kankakee is a principal city of the Kankakee-Bourbonnais-Bradley Metropolitan Statistical Area Niles is a village in Maine and Niles townships, Cook County, Illinois, United States. The 2010 population from the U.S. Census Bureau was 29,803. 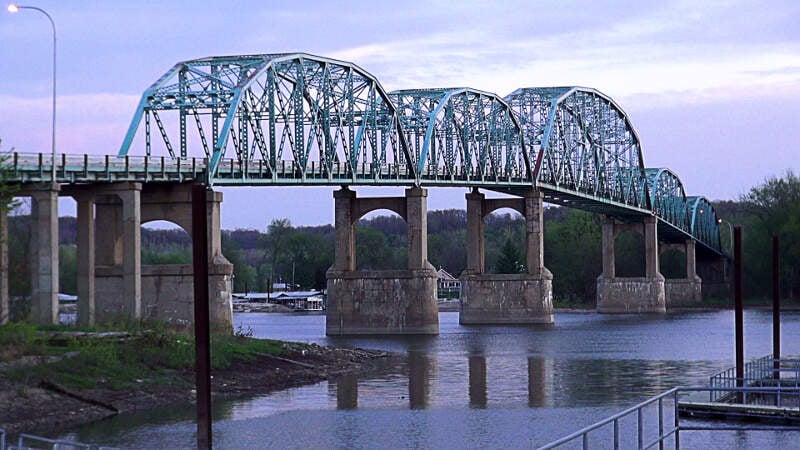 Spring Valley is a city situated on the Illinois River in Bureau County, Illinois, United States. The population was 5,398 at the 2000 census, and 5,558 in 2010. It is part of the Ottawa-Streator Micropolitan Statistical Area. We still believe in the accuracy of data — especially from the census. So that’s where we went to get the breakdown of race across illinois.

We limited our analysis to places with a population greater than 5,000 people. That left us with 329 cities.

We then calculated the percent of residents that are American Indian and Alaska Native. The percentages ranked from 1.57% to 0.0%.

Read on for more information on how the cities in illinois ranked by population of American Indian and Alaska Native residents or, for a more general take on diversity in America, head over to our ranking of the most diverse cities in America.

There You Have It – Native American Populations Across Illinois

If you’re looking for a breakdown of Native American populations across Illinois according to the most recent data, this is an accurate list.

If you’re curious enough, here are the least Native American places in Illinois:

What Are The Most Native American Places In Illinois?