Editor’s Note: We updated this article for 2020. This is our sixth time ranking the cities in Washington with the largest Native American population.
Swipe left for slideshow. Article continues below.

And today, we are going to look at the percent of the population in Washington that are Native American.

Here are the 10 cities in washington with the largest Native American population in 2020:

Which city in washington had the largest Native American population?

Hoquiam took the number one over all spot for the largest Native American population in washington for 2020. 4.9% of Hoquiam identify as Native American.

To see where washington ranked as a state on diversity, we have a ranking of the most diverse states in America.

And if you already knew these places were Native American, check out the best places to live in washington or the most diverse places in washington.

Cities In Washington With The Largest Native American Population For 2020 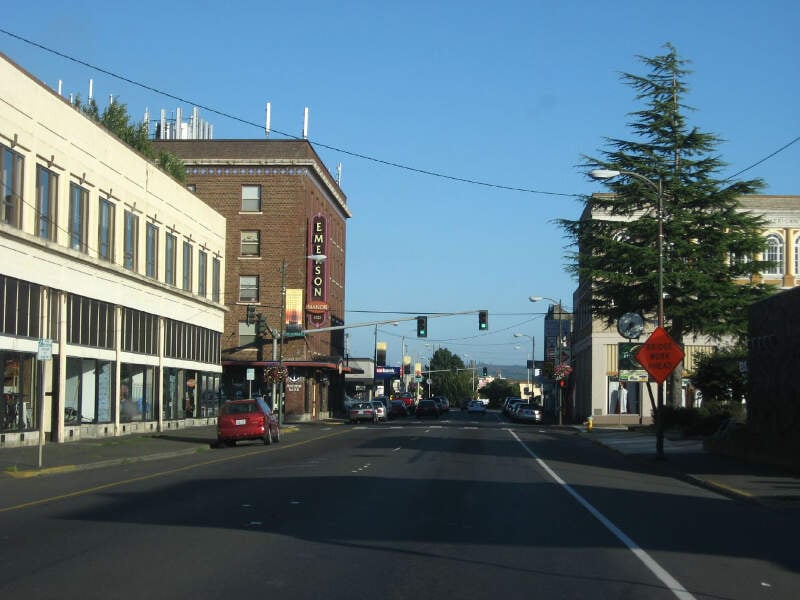 Hoquiam is a city in Grays Harbor County, Washington, United States. The town borders the city of Aberdeen at Myrtle Street, with Hoquiam to the west. The two cities share a common economic history in lumbering and exporting, but Hoquiam has maintained its independent identity. Aberdeen is more populated, but the two cities have a long rivalry, especially in high school sports. Ocean Shores is a city in Grays Harbor County, Washington, United States. The population was 5,569 at the 2010 census.

Airway Heights is a city in Spokane County, Washington, United States, just west of Spokane. The population was 6,114 at the 2010 census. The city’s name was taken from its close proximity to the runways at Fairchild Air Force Base and Spokane International Airport. Toppenish is a city in Yakima County, Washington, United States. As of the 2010 census, the city population was 8,949. It is located within the Yakama Indian Reservation, established in 1855.

Review Of Washington by HomeSnacks User

I agree with your ranking of Aberdeen, I’ve lived in Aberdeen for about 66 years. Since high school in the 60s we’ve lost about 5,000 people and the economy is worse. Many homeless people are piling up their junk in front of businesses, the new mayor has raised taxes and now wants to accommodate these often dangerous people. It will only bring more bums into our area. The alleys are full of litter and drunks.

The cost of services are going up and up, and there is nothing to do for entertainment. I’ve waited all my life for it to get better here but this place is 1 step forward and 3 steps back. Edgewood is a city in Pierce County, Washington, United States. The population was 9,387 at the 2010 census. Neighboring towns include Milton to the northwest, Federal Way to the north, and Puyallup to the south. Union Gap is a city in Yakima County, Washington, United States. As of the 2010 census, the city population was 6,047. Union Gap has a storied history and in recent years has become the retail hub for the entire Yakima Valley as a result of Valley Mall and other thriving businesses being located here. Part of the city is part of the Yakama Nation.

Kelso is a city in southwest Washington State, United States, and is the county seat of Cowlitz County. At the 2010 census, the population was 11,925. Kelso is part of the Longview, Washington Metropolitan Statistical Area, which has a population of 102,410. Kelso shares its long western border with Longview. It is near Mount St. Helens. Oak Harbor is a city located on Whidbey Island in Island County, Washington. The population was 22,075 at the 2010 census. Oak Harbor was incorporated on May 14, 1915.

We still believe in the accuracy of data — especially from the census. So that’s where we went to get the breakdown of race across washington.

We limited our analysis to places with a population greater than 5,000 people. That left us with 115 cities.

We then calculated the percent of residents that are American Indian and Alaska Native. The percentages ranked from 4.9% to 0.0%.

Read on for more information on how the cities in washington ranked by population of American Indian and Alaska Native residents or, for a more general take on diversity in America, head over to our ranking of the most diverse cities in America.

There You Have It – Native American Populations Across Washington

If you’re looking for a breakdown of Native American populations across Washington according to the most recent data, this is an accurate list.

If you’re curious enough, here are the least Native American places in Washington:

What Are The Most Native American Places In Washington?