We used data and science to determine the places in New Hampshire where everyone sleeps safe and sound.

Chris Kolmar, HomeSnacks
Updated: 2020-01-17
Editor's Note: This article has been update for 2020. This is our sixth time rankings the safest places to live in New Hampshire.
Swipe left for slideshow. Article continues below.

New Hampshire is both the best state and safest state to live in America. The New Englanders in this state know how to live life right.

And since "Home"-Snacks is our name and safety is our game, we set out to determine the safest places in New Hampshire for 2020. How did we do it? We consulted the numbers. We looked at important factors like property crimes and violent crimes per capita for every place with over 5,000 residents. In total, we analyzed 69 cities.

There's a reason notables like Seth Meyers. Adam Sandler, and Mandy Moore have been singing the praises of places like Manchester, Nashua for years: these are not just some of America's best places to live, but some of the country's safest.

So, where are these amazing places in Rhode Island where crime is low, jobs are plentiful, and neighborhoods are safe? Read on.

Here are the 10 safest cities to live in New Hampshire for 2020:

It's by no means breaking news that New Hampshire has happy, safe places to live

So want to know where the safest place to live in New Hampshire is? That would be Sandown, folks.

If you want to see how New Hampshire's other amazing safe places faired, take a look at the list below. And if you don't see your favorite there, head to the bottom.

For more reading on safe places to live in and around New Hampshire, check out: While Sandown wasn't ranked #1 in either violent or property crime, solid rankings in each category helped the town achieve its #1 safety ranking overall. With only two violent crimes committed in 2018, Sandown had a violent crime rate about 12 times lower than the national average. Additionally, residents only had a 1 in 309.6 chance of being the victim of a property crime, which is far better than most places in New Hampshire.

Wine lovers will also be delighted to hear than Sandown is the home of Zorvino Vineyards, so you won't have to go far for some local vino. Sandown is about a half hour east of Manchester. Located just south of Sandown on the Massachusetts border, Atkinson ranks as the second safest place in New Hampshire. Atkinson had the fourth lowest rate of property crime in 2018, with only 19 instances all year. That works out to a rate roughly nine times lower than the national average. So you can leave your valuables out while you play soccer or tennis at Woodlock Park without worrying if someone's going to snag them. Atkinson also had more seasons than violent crimes in the year, so the town hardly ever has to fire up its bat signal. Hollis is the third safest town in the Granite State with incredibly low levels of crime. How low are we talking? Well, you can't really get much lower than ZERO, which was how many violent crimes occurred in Hollis in the last year of available data.

And while Hollis may not rank in the top ten for New Hampshire in terms of property crime, the rate in Hollis is still nearly five times lower than the national average. Honestly, there are more Beavers at Beaver Brook than there are crimes in a given year in Hollis. Located a half hour west of Manchester, New Boston is a whole lot safer than old Boston.

There were only three violent crimes committed in New Boston in 2018, giving the town a violent crime rate about seven times lower than the national average. New Boston also had the third lowest rate of property crime in the Granite State, a rate nine times lower than the national average. Hikers and joggers will also be happy with all the trail options between Lang Station State Forest and the Town Forest. Located 20 minutes east of Nashua, Windham is the fifth safest place in New Hampshire overall. Windham had about 11 times less violent crime than the average American city and averaged just one property crime a week for the last year of available data. 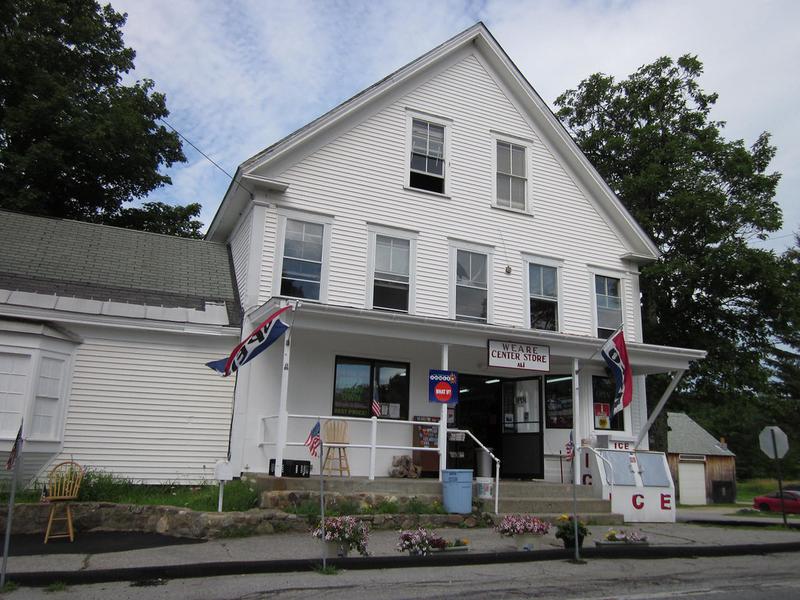 Weare may not be #1 on this list, but it does take the important title of most improved since last year. Last year, Weare wasn't even in the top 25, let alone the top 10.

It's easy to see how Weare made the cut this time, seeing as the town had more seasons than violent crimes in the last year of available data and a property crime rate that's much lower than the national average. So if you see campers at Clough State Park , they're probably not escaped convicts on the lam.

Weare is just northwest of Manchester and southwest of Concord. While Hopkinton may only rank as the seventh safest city in New Hampshire overall, it's the absolute best place to be in terms of violent crime. The town didn't have a single instance of violence in 2018, so you know the local police force has done an excellent job on that count. Folks in Hopkinton had a 1 in 183.2 of being the victim of a property crime, which is about four times lower than the national average. Located just a half hour southeast of Manchester, Hampstead is the eighth safest place to call home in New Hampshire. And there are other perks of living here, like having Sweet Baby Vineyard right in your backyard for all your fruity wine needs.

Don't worry; Hampstead residents know how to handle their vino without getting violent. In fact, Hampstead is 17 times less violent than your average American city. While Hampstead's statewide ranking in property crime is less impressive, it's not because it's super common (in fact, it happens less than once a week). Hampstead's eighth place ranking in this category is more a testament to how safe New Hampshire is in general.

The home of the University of New Hampshire, Durham is already rolling in accolades, so this latest achievement is just icing on the cake. What do I mean? Well, Durham ranked as the best place to raise a family in New Hampshire and got a 10/10 score for education on our snackability scale. On the flip side, Durham also ranked as the most expensive city in the state, but hey, there's no such thing as a free lunch, right?

Durham had about seven times less property crime than the national average, the ninth lowest in New Hampshire. So don't worry if you're away when a package arrives. Folks in Durham wouldn't dream of swiping it. Located between Nashua and Manchester, Merrimack comes in tenth place for safest New Hampshire cities, mostly due to ridiculously low levels of violent crime. Merrimack had just six violent crimes in the last year of available data; that's one violent crime committed every other month. Not too shabby for a town of over 25,000 people.

And if you're not sold on safety alone, don't forget that Merrimack is the home of a Budweiser Brewery, so you'll always have the opportunity to spend a safe evening at the Biergarten.

How we calculated the safest cities in New Hampshire for 2020 While there are surveys and public polls on what cities in a state are the safest, we didn't want to rely on speculation and opinion. Instead, we looked at the hard numbers from the FBI's most recent report of crime (Published Sept 2019) in New Hampshire.

Specifically, we analyzed the FBI's Uniform Crime Report which summarizes the number of property crimes and violent crimes in each city per year. We used two criteria:
Best Places To Live In New Hampshire

For example, there were a total of 23 crimes committed in Sandown which had a reported population of 6,501. That means the number of crimes per capita is 0.0035 which translates into a 1 in 282 chance of being the victim of a crime.

We only looked at cities that have populations of more than 5,000 people reported to the FBI in 2018, the last reporting year. This left us with a total of 69 of the biggest cities in New Hampshire to rank.

We ranked each city for each criteria from 1 to 69 where 1 in any particular category is the safest.

Next, we averaged each places two criteria to create a Safety Index. We crowned the place with the lowest overall Safety Score "The Safest Place In New Hampshire" with any ties going to the bigger city. You can download the data here.

There You Have It - The Safest Cities In The Granite State

Looking at the data, you can tell that Sandown is as safe as they come, according to science and data.

But as most New Hampshire residents would agree, almost every place here has its safe and not safe parts. So just make sure you're informed ahead of time.

Here's a look at the most dangerous cities in New Hampshire according to the data:

Where Are The 10 Safest Cities In New Hampshire For 2020?