We used data and science to determine the places in California where everyone sleeps safe and sound.

Chris Kolmar, HomeSnacks
Updated: 2020-12-09
Editor's Note: This article has been update for 2021. This is our sixth time rankings the safest places to live in California. All the data comes from the FBI's Crime In The USA 2019 report.

We all know that behind the beautiful beaches, hip cities, and outrageous food there are certain parts of California that are safer than others.

But how exactly is one to tell where the safest places are to live in the Golden State?

And that's where we come in -- we've broken down the safest cities in California based on the most recent FBI data. And at this point we're quite the experts on ranking safe cities, it's the sixth time we've ranked the safest places in California.

Beaches, movie stars, and amazing cities aside, California has a lot to offer if you're looking for a safe place to put down roots with a family. It's just a matter of making sure to check on general trends before picking a place to live.

Because California is the most populous state in the U.S., narrowing down the safest cities in the Golden State was quite the job. So grab a kale, spinach, beet smoothie, find a sunny spot on the beach, and read on.

Here are the 10 safest cities to live in California for 2021:

While not everyone can afford to live in California's safest city, Imperial, there are many other cities in the Golden State that are just as safe and and comfortable, but that won't break your bank.

So if you're looking to relocate to sunny California, read on to see how we calculated the safest cities in California for 2021.

For more reading on safe places to live in and around California, check out: The second best place when it comes to property crime in California goes to Imperial.

Imperial rides that to an overall #1 ranking again this year.

Imperial is a city in Imperial County, California. Imperial is located 4 miles north of El Centro. This region is well known for its abundance of bird species such as dove, quail, ducks, pheasant and geese. It seems like all these super safe places in California are on the beach and totally lack violent crime.

Palos Verdes Estates is a city in Los Angeles County, CA situated on the Palos Verdes Peninsula and ranks as the second safest this year.

The city was master-planned by the noted American landscape architect and planner Frederick Law Olmsted Jr. The city is located along the Southern California coastline of the Pacific Ocean. The Town of Danville is located in the San Ramon Valley in Contra Costa County and ranks as the third safest city for 2021 in CA.

A top ten ranking for violent crime per capita helped it earn this distinction.

And look at the mall in that picture -- doesn't it just ooze safety?

Grab the tequila as we take our next stop of our safe road trip in Rancho Santa Margarita -- the fourth safest city in California this year.

Besides being the city with the most letters in it, Rancho Santa Margarita has very few property crimes for a city of its size. It also offer affordable living for California and plenty to do for the whole family.

And in case you actually thought it was named for the drink, it is named for Rancho Santa Margarita y Las Flores. A part of the Modesto metro area, Hughson clocks in as California's fifth safest city. An agricultural community that focuses primarily on peaches and almonds, Hughson is a wholesome place with a big heart.

Residents don't have to worry about their belongings getting snatched when they're out at Rolland Starn Park, because the property crime rate in Hughson ranks as the fifth safest lowest in California.

Hughson's overall crime rate is the second safest lowest statewide, with about half as many crimes per capita as the national average. And now it can add its most prestigious award yet -- HomeSnacks sixth safest city in California for 2021.

It ranks sixth safest in the state for violent crime and 22nd safest for property crime. 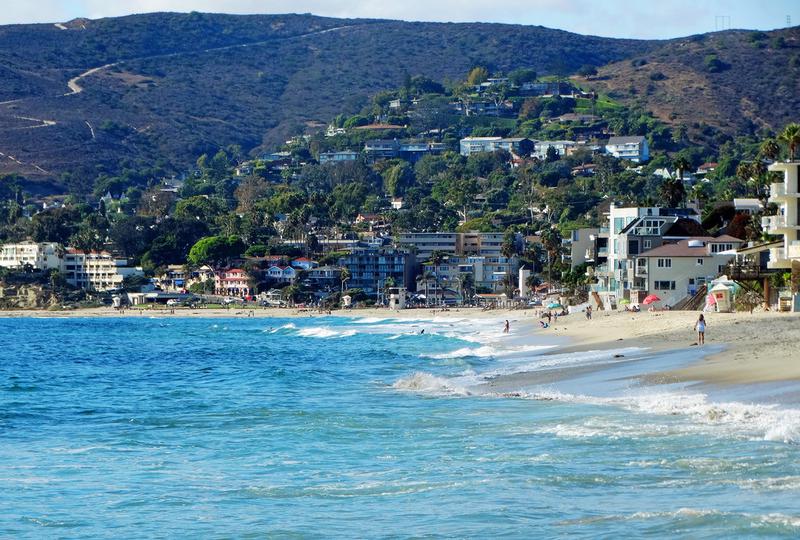 Well, based on that picture, I want to live here.

I guess it's hard to commit violent crimes when you hang out on the beach and stare into the general beauty around you.

But I have to wonder if it feels inferior to Laguna Beach seeing as it never had its own TV show. It's nearly impossible to beat Tiburon in terms of violent crime. The city of 9,135 recorded exactly 0 violent crimes over 2019.

Meaning you don't have to worry about being attacked when you make an outing to Angel Island, a truly idyllic spot in the San Francisco bay.

The property crime rate in Tiburon wasn't quite as impressive. Still, a 1 in 111 chance of having your stuff stolen or damaged over a year is considerably lower than the national average.

Overall, it's more likely that a seagull will snatch your stuff at Paradise Beach Park than a criminal. Located about 45 miles northwest of Los Angeles, Moorpark came in as the ninth safest place to call home in California.

Moorpark is home to loads of family-friendly activities, like the Moorpark Teaching Zoo and Underwood Family Farms.

This wholesome city recorded the seventh safest lowest property crime rate statewide for 2021. And the vast majority of property crimes committed were just larcenies, so it's not exactly devastating stuff. Situated just south of San Francisco, Hillsborough is a town of 11,521 with a penchant for safety. There were only a handful of violent crimes committed in Hillsborough over 2019, giving the town the eighth safest lowest violent crime rate in California.

In other words, you don't have to worry about assailants while you're moseying down the Sawyer Camp Trail, a favorite for local cyclists and hikers.

How we calculated the safest cities in California for 2021 While there are surveys and public polls on what cities in a state are the safest, we didn't want to rely on speculation and opinion. Instead, we looked at the hard numbers from the FBI's most recent report of crime (Published Sept 2020) in California.

Specifically, we analyzed the FBI's Uniform Crime Report which summarizes the number of property crimes and violent crimes in each city per year. We used two criteria:
Richest Cities In California

For example, there were a total of 61 crimes committed in Imperial which had a reported population of 18,090. That means the number of crimes per capita is 0.0034 which translates into a 1 in 296 chance of being the victim of a crime.

We only looked at cities that have populations of more than 5,000 people reported to the FBI in 2019, the last reporting year. This left us with a total of 415 of the biggest cities in California to rank.

We ranked each city for each criteria from 1 to 415 where 1 in any particular category is the safest.

Next, we averaged each places two criteria to create a Safety Index. We crowned the place with the lowest overall Safety Score "The Safest Place In California" with any ties going to the bigger city. You can download the data here.

There You Have It - The Safest Cities In The Golden State

Looking at the data, you can tell that Imperial is as safe as they come, according to science and data.

Here's a look at the most dangerous cities in California according to the data:

Where Are The 10 Safest Cities In California For 2021?